Music for the website “100 years of bus”, the history of the Barcelona bus network 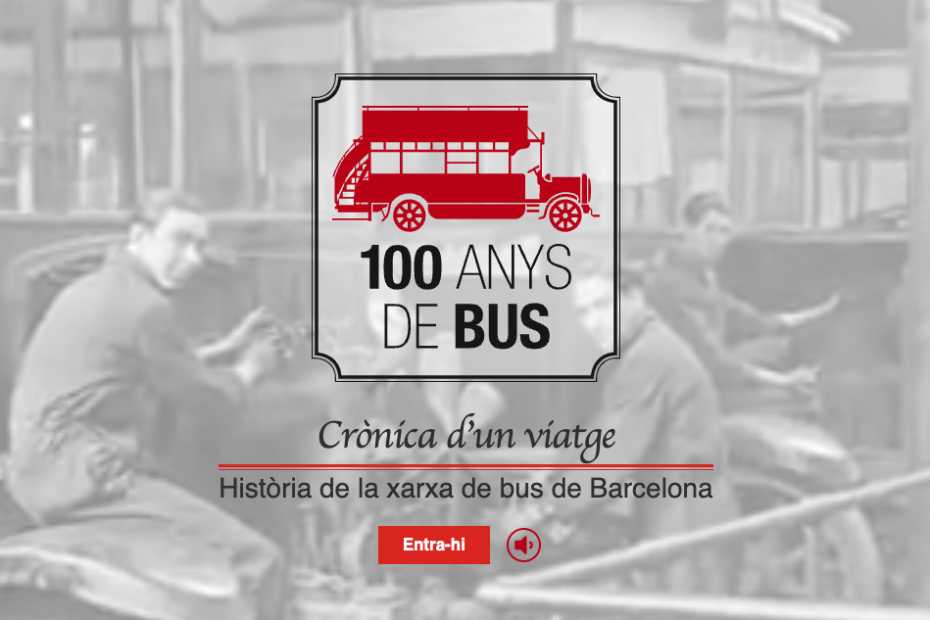 In early 2022, the company La Tempesta commissioned me the soundtrack of the website 100 years of bus, a project by Transports Municipals de Barcelona to commemorate the centenary of the city’s urban bus network. The website explains in a very graphic and enjoyable way the evolution of this public service from its origins in the early 20th century to our days, and with a glimpse to the future. My job was create music to help the viewer to submerge in each one of the 11 stages in which this story is divided.

Given that the website shows a network and vehicles that get slowly transformed along the times, I wanted to stablish a similarity: I started creating a piece in the fashion of the early 1900s in order to make it evolve according to the musical trends of every subsequent stage. Thus, as the visitor advances through the historical periods, the primitive piece written in ragtime piano gets transformed and appears in more and more modern forms, each time in a style which was popular in Barcelona at that time: jazz, swing, 60’s pop, jazz laietà, Catalan rumba, folk-pop, etc, until an electronic, atmospheric version to project the future.

The common denominator of all these pieces of music is the melody, which is always the same and it’s always recognizable, with small variations to adapt to every style. To connect it with the website theme, I wrote a simple tune taking as a starting point a very characteristic musical element of this public transport of the city: the two-note motif that sounds when the next stop is announced and which is part of the sound collective imagination of thousands of users.

And here are some examples of this music and its evolution through time: