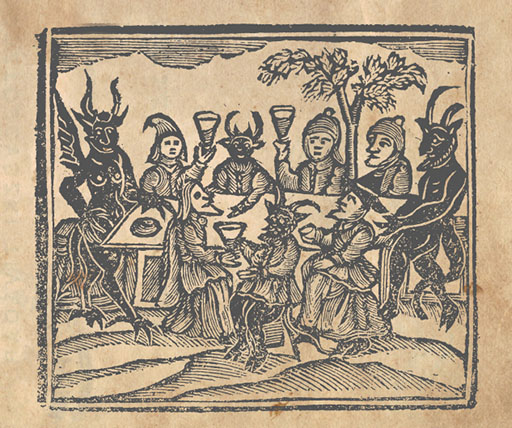 In 2019 the Thermalia Museum of Caldes de Montbui opened the exhibition Lo negosi de les brvxes (the matter of the witches), which addressed the prosecution, trial and execution of 13 innocent women accused of witchcraft in 1619 in Caldes, exactly 400 years before.
In order to help the visitors to travel back in time to that obscure, 17th century caldes, Ramon Solé created a 15 minute sort of a sound movie which includes descriptive and symbolic elements: it shows part of the everyday life (the streets, the church, etc) and ends with the detention and execution of the women. To build these scenes Solé combined field recordings with actors and actresses, library sound effects, Whatsapp voice notes sent by more than 50 people, synthesizers, etc. Plus, there is a central music theme written on purpose for this project which is used as a leit motiv.
On the other hand, Solé recorded six audios to be listened to with headphones with excerpts of the sentences and confessions of the women during the trials, all of them performed by actors. Each one contains sound effects as well to enhace the drama and the tension.
In the following video you can listen to the main sequence.